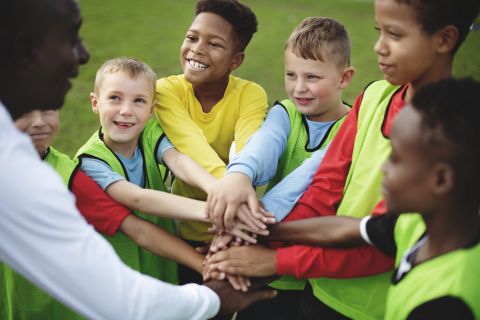 As the country approaches the first anniversary of lockdown, it is – inevitably – almost a year since there was a recognisable programme of school sport.  Most schools haven’t had a conventional match day since early March 2020, and even those who managed some school sport in the autumn had to do so in severely constrained circumstances.

No one knows what the impact will be on enthusiasm for traditional games when circumstances make it possible to restore them.  This is unlikely to be before September, at the very earliest, by which time the interruption will be at least 18 months.  There can’t be many things whose absence for so long would not have an impact.

For some pupils, parents and staff, the return can’t come soon enough.  For them, absence will have made the heart grow fonder, and their enthusiasm will be renewed and unbounded.  No one knows how big this constituency will be.

Traditional games were not in the best of health when the involuntary interruption occurred.  In most schools, numbers retained once choice is offered in senior years have declined.  For many, weekend participation by Sixth Formers is at an all time low.  Even the schools where the culture remains strong are impacted, as they find it more difficult to find suitable competition for all their teams.  Without regular matches, enthusiasm wanes.  This trend is not limited to the UK.  Even in New Zealand – where it is easy to believe that everything about Rugby is positive – more than 50% of 13 year old players in schools have abandoned the game by the age of 18.

Team games may not need a fanfare to greet their return, but they certainly need a proactive strategy.  Assuming things will pick up where they left off would be folly.  Schools need to be preparing to re-launch team sports, learning lessons from both before, and during, the pandemic.

The factors that cause children to remain engaged with sports teams are not a mystery.  The biggest driver is playing with friends.  Schools that promote teamship and inclusivity, build the greatest commitment.  It is not the long bus journey and night packed in a grim Travelodge room that makes overnight fixtures and tours attractive, it is the time spent with friends away from draconian supervision.  Anyone who has accompanied a long-haul tour - and seen all the players asleep on the bus as it drives through the spectacular landscape of the Rockies or the Andes - will know that it is not sightseeing that makes touring so popular.  It is the comradeship of like-minded people in an exciting, new environment.

There are other clearly established factors as well.   The principal one is the relationship between the players and the coach, and the style of teaching which accompanies this; another is an environment where everyone is valued, has access to coaching and makes progress. Appropriate competition is another.  One of the lessons from what little sport has been possible in schools over the last year is that matches against other schools, together with everything that surrounds them, are an important factor in driving motivation and commitment.  Finding, new, creative approaches to providing exciting competition for all participants, at all ability levels, is a vital part of the engagement cocktail.

School sport is in the midst of a period of enforced hibernation.  It needn’t however, be asleep.  It can be planning a re-boot, so that its return is accompanied by a new, and dynamic, strategy that gives it improved impetus, and a more attractive format.  Plans for building a new culture of participation can be underway now, ready to launch in September.

The alternative is to sleepwalk into continuing decline.