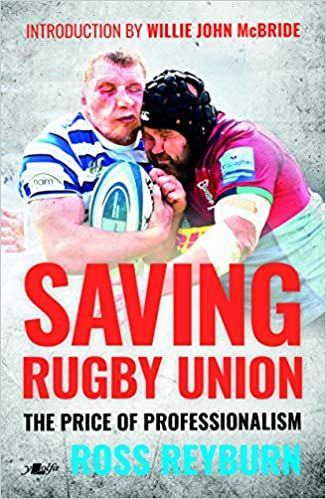 This book addresses the changes in Rugby in the 25 years since the game went professional, and considers the impact of this on player safety.  It presents disturbing data on the radically increased number of tackles in the game, and the implications of this on injury levels.  This is considered in the context of the demands placed on professional players, both in training and competition, which are ever-increasing.

The author is particularly scathing of the role of World Rugby, the game’s controlling body.   Despite constant instance that this is a priority, little progress appears to have been made to protect players.  Their claim seems inconsistent with developments in the game which have led to a radical increase in the number of injured players.  Law changes are suggested, along with amended approaches to refereeing, that might make the game safer.  Sharp contrasts are made with the character of the game during the amateur era.

The book raises a number of issues which are both relevant and disturbing.  Concern for the future of the game is well-founded and clearly articulated.  Less impressive, however, is the way that the book is written, with considerable repetition of central issues.  There is also undue importance to attached to relatively marginal topics, such as the straightness of the scrum put in.  This makes for a reading experience which is often disjointed.

Overall, despite its shortcomings,  this book will be of interest to those involved in Rugby in schools, and other environments, who concerned about the rising level of injuries in the game