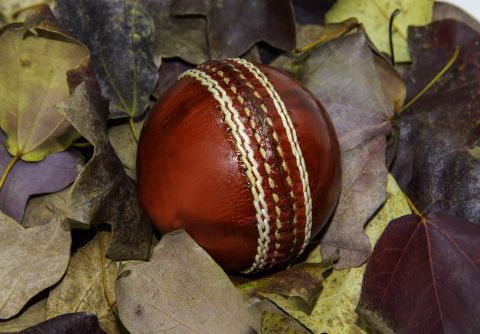 The first major experiment into autumn term cricket has recently ended.  The concept has been talked about for years, and occasionally experimented with by the odd school, but a large scale initiative has never before been attempted.  Driven by the unique circumstances of the pandemic, many schools have this year included Cricket within their autumn programme in some form or other – often for the first time.

As October brings this new season to an end, it’s time to consider the conclusions. Particularly, whether or not this is a short-term expedient driven by the enforced absence of winter sports and inter-school competition, or whether it is here to stay?  It’s not an experiment that would satisfy scientists, as there are too many variables.  There had been no summer term Cricket, so enthusiasm for the game in the autumn might have been higher than usual.  The weather was unseasonably fine across the country for almost all of September.  And there was little competition from the traditional team games of the term, particularly Rugby, constrained as they have been by unprecedented restrictions.

However, conclusions are almost universally positive.  The great majority of schools who ran Cricket in September 2020 report an intention to continue it in subsequent years, even assuming that winter sports will resume their previous place of dominance.  It may be that the extent of the Cricket played this year may be reduced subsequently, but it looks as if the game is destined to feature in future Septembers in some form or other.

Autumn Cricket can add value to the overall games programme in a number of ways. Extending the season for senior pupils reduces the pressure to play through public exams.  It can provide a meaningful season extension for the increasing number of serious, year-round cricketers.  Many of these players, often involved in county performance programmes, have a demanding winter regime, and some meaningful competition might delay the start of an endless round of off-season practice.  At a time when fewer sixth form pupils play winter team games than ever before, it provides additional variety for those who abandoned those activities at the earliest opportunity.  It also allows schools to make better use of their specialist coaches, who might otherwise be under-employed at that time of year.   There is a further recognition that many school playing fields are better suited to Cricket than Rugby in September.  At a time of year when hard grounds regularly cause safety concerns, they are at their best for Cricket.  One of the wider conclusions of this year’s emergency programmes has been that a more cautious introduction of Rugby over two or three weeks might be preferable to the race to put teams out on the first Saturday of term.  Schools have reported greater engagement with the game, increased participation, and, clearly, fewer injuries.

Inevitably, there are issues to resolve.  Maintaining a Cricket ground into the autumn presents some problems, especially for schools with limited space.  The tendency to play games on Sundays puts additional pressure on staff.  There is also uncertainty about whether autumn term contests should have the status of “1st XI” games, with results in the public domain and performances included within the Wisden records.  Without the pupils who left school in July, there is confusion about whether the autumn is the end of the previous season, or a preliminary to that of the following year.  Small schools may also find their playing resources stretched to accommodate summer and winter games simultaneously.

Creative thought, and imaginative approaches will clearly be required to overcome some of these challenges.  Traditional assumptions will be undermined.  Regardless, there have been plenty of reported positives from this year’s enforced experiment.  It may be the preserve of a small number of more dedicated players, and schools with advanced programmes.  It may not work for all.  It does, however, appear that autumn Cricket is here to stay.