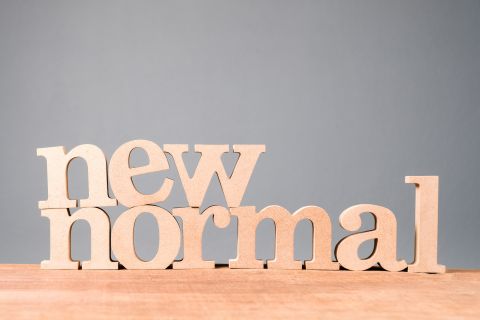 The summer term was one of speculation in school sport.  It seemed at one stage that few recognisable activities would be possible in the autumn term, and that the precautions necessary to achieve anything at all might be prohibitive.  There was discussion that any physical activity might be too fraught with danger to be attempted at all.  Through the summer holiday, government updates were scrutinised regularly, especially as some National Governing Bodies presented their plans for return to play for government.   It wasn’t until the 11th hour that the guidance of government departments aligned, and it became clear which activities schools might undertake, and the precautions which must attend them.

The fears of the summer term were ultimately unfounded.  Regular school sports have mainly proved possible, and school programmes will not look wildly different from normal.  Polls of the 200 attendees at the start of term Forum have suggested a relatively consistent pattern of how schools are attempting to deliver sport at the start of this term.  Things will inevitably change to reflect pandemic fluctuations, but this is the emerging start of term picture:

The programmes of activity which schools will offer will look similar to usual, with 98% intending their normal winter sports, albeit in amended versions, where necessary.  The absence of contact Rugby has caused some to dilute the prominence that this has conventionally had in the programme, with other activities running alongside.  For many, especially in the south of the country, this involves summer sports in September.  69% of schools reported intentions to deliver some of the activities that were missed last term.  The earliest school fixtures appear to have been in Cricket.  Many are taking the opportunity to experiment with their programme, freed from the pressure to produce school teams.  54% of schools reported that they are intending to introduce new activities into their programme in the first half of this term.  This may be the greatest ever period of innovation in the sector, at a time of year previously dominated by the narrow focus of preparing teams, in a race to play at the earliest possible opportunity.

When and if inter-school competition might return has been the biggest single issue of debate continuously since April.  Schools have varied considerably in their level of comfort in imagining a world without this.  Only a minority are now hoping to have such competition before half term, with 69% indicating no intention to do so in that time frame.  Although NGB guidelines make this possible in most sports, the majority of schools have proved averse to embracing the risk management factors that might accompany mixing school environments, and the parent attendance that might accompany it.

A return to school sport remains a clear aspiration for later in the term.  57% indicated their intention or willingness to enter any regional tournaments that might prove possible, and a similar number intended to maintain an extra-curricular Saturday programme during the period that fixtures are suspended.  Most NGBs have not yet published their plans for national competition, though those that do occur will probably be in amended formats.  Inevitably, the RFU has been the first to announce the cancellation of all such events in the age grade calendar for the season.

Another major issue is one of combining bubbles for sport, especially in the Sixth Form years.  A conventional operation of senior games and sports teams would obviously require this.  However, 74% of schools reported intentions to run games in single year group bubbles.  The “double bubble” was only anticipated in a minority of schools.  Any return of school sport will probably see separate Upper and Lower Sixth teams in many schools, rather than the conventional 1st and 2nd.

At many stages it has seemed unlikely, but schools have finally been able to get into action.  Through an unprecedented collaboration between Directors of Sport, and various heads’ associations, what has been achieved is remarkable.  There is no doubt that there will be meaningful physical activity in the great majority of schools, and considerable continuity of programmes.  All of this will be of enormous benefit to a generation of pupils that have had unprecedented educational disruption. For a long time, it looked like this would be impossible.  It is a tribute to the tenacity of all involved that the term has started as it has.