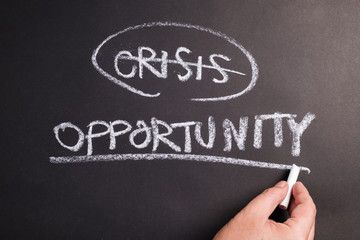 However, it is also an opportunity. The pandemic has brought flexibility of thinking, and a level of collaboration which would probably never have emerged in normal circumstances. It means that school sport now stands at a crossroads: it can return as closely as possible to its previous iteration and try to forget that the 2020/21 year ever happened. Alternatively, it can consider the lessons that have emerged over the year, and reflect on whether some of these involuntary initiatives are worth preserving. Several spring immediately to mind:

The first is whether weekend sporting opportunities should be confined to those “selected” for school teams. The involuntary suspension of inter-school competition in the autumn term 2020 meant that most schools made their Saturday programme open to all who wished to take part. Usually, a wider range of activities was offered, with a significant dimension of choice. There was initially some surprise that levels of participation were greater than ever before. However, consistent evidence supported the idea that, freed from the race to judgement and the unintended rejection that team selection implies, the desire to take part in recreational school sport was greater than suspected. Maintaining these opportunities, and participation levels, will be conditional upon a wider allocation of resources that the conventional domination of them that school teams enjoy.

Another is whether it is essential for the race to start the competitive programme begin on the first weekend of term. The absence of pressure to prepare teams to play only a few days into the term, with unconditioned bodies and hard pitches, resulted in more measured progress towards competition. Decisions over whether block fixtures might be better delayed until mid-September, or beyond, may seem unconventional, though possibly better advised.

The pandemic year saw an unprecedented flexibility of seasons. Summer sports flourished in September sunshine, winter sports made a belated appearance in May. Both provided positive experiences and raised the possibility that the previously inflexible seasonal boundaries may not need to be as rigid as had always been assumed. Whether this is a one year expedient, or a glimpse of a better world ahead, remains to be seen.

Opportunities abound to review conventional practice, and consider the implications of what was an involuntary experimentation. With open mindedness, and continued collaboration, it may be that the Covid season could, ultimately, free school sport from its historical shackles