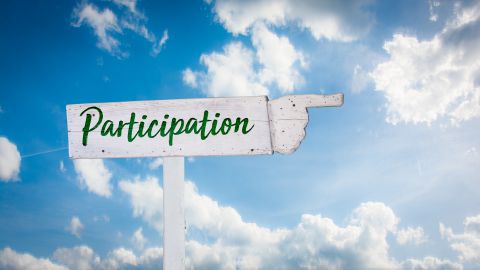 There is an historic assumption in pretty much all schools that pupils should play culturally significant games.  That range of sports is relatively small, and the rationale is largely invisible.  When pushed, the sector produces a range of reasons, some more substantial than others, why team games enjoy undisputed primacy in the programmes of almost every British style school in the world.  The assumed benefits of these activities are regarded as sufficiently significant that participation in these sports is still widely compulsory.

The time and resources allocated to these activities are remarkably extensive, and the staffing of school sport is based largely around the skill set of games coaching.  The structures of competition are based around fixtures between schools, and national competitions, predominantly in team games.

The assumption that everyone should experience traditional sport is usually accompanied by an acceptance that – at some stage in their school career – this compulsion will be replaced by choice, and the range of activities on offer is both widened and diversified.  The apparent aim is to engage, or at least re-engage, those pupils who have proved beyond reasonable doubt that they have neither inclination nor capability in team games.

Choice presents schools with challenges.  Most need to retain a critical mass of willing and able pupils in the traditional sports programme, not least to fulfil competitive commitments and ensure that results reflect favourably.  It is not just a case of level of retention, but ensuring that the most able athletes continue to contribute to competitive success.

A number of issues emerge: the first is the stage of their school career at which choice is offered, the methods by which acceptable levels of retention are achieved and the nature of the alternative choices.    This cocktail has to be carefully mixed if it is to achieve its various aims.  This is one of the greatest challenges facing school sport going forward.  The number of pupils voluntarily committing themselves to team games is declining in most schools.

It is clear that the character of the experience of compulsory team games is the biggest factor which influences the numbers that are retained once the gates of choice are nervously thrown open.  Coaching style and quality is probably the most central factor, driving both inclusivity and progress, but also relevant are access to appropriate competition and fostering the teamship of playing with friends.

Alternative activities present another challenge.  Their purpose must be to engage and inspire pupils to be active, develop new interests, but also to enable progress.   Variety must be meaningful, otherwise a youth club environment can emerge, with low standards and moderate coaching.

Compulsion has an uncertain future.  The activities which remain compulsory narrow almost annually, and the age at which choice emerges has crept lower over recent years.  It is not a strong foundation for a future programme.  The future of team games must be based on building a culture in which pupils want to participate, and parents want to support that commitment.  The challenge for the future is defining the character of a desirable sports culture in a school, and building the environment which supports it.  Culture-building capability is one of the most vital qualities that a Director of Sport can bring to the position.