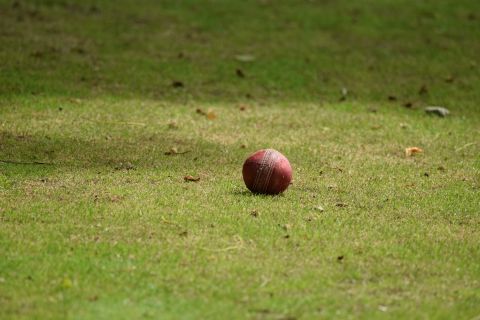 I moved this summer from a boarding school in Somerset to a highly academic co-educational day school in Central London.  This has made me aware of the enormous impact that exam pressures have on the summer cricket season. In this school, the reality is that cricket only exists in the first half of the summer term.  After that, other than the MCC and XL Club fixture, there is minimal cricket activity  in the second half of term. Of course, this is understandable, as the highly achieving students concentrate all of their efforts onto some of the most important examinations of their lives. However, although I do entirely understand and sympathise with the pupils’ wishes to abstain from cricket in late May and June, it does still leave me feeling that each cricket season is a huge anti-climax for the school’s keenest cricketers.  It also reduces the opportunities for those students who simply love sport, using it as a tool to relax, focus the mind elsewhere and have fun.

As well as diminishing the school season, the 5 week break in cricket in the second half of term also seems to arrest the momentum of school cricketers.  This complicates the transition toward playing club cricket throughout the summer holidays, which seems to be another issue of the mid-level independent school cricket system. Therefore, the situation might arise that a keen school cricketer might only have opportunity to play 5 weeks of cricket in a full year.  As these would be in April and May, when the weather is unreliable, the season may be limited to a handful of games. The idea of engaged and talented cricketers leaving school in their U6th summer having only managed a couple of cricket fixtures leaves me with a sadness which I’m sure will resonate with many of the other passionate teachers in charge of cricket all over the country.

I tuned in to the recent PADSIS discussion on the future of September cricket and was inspired by listening to stories from schools all over the country who had managed to offer Cricket this September.  We have all been left thinking whether autumn cricket could be sustainable moving forward, not just for the powerhouses of English Independent Schools’ Cricket, but many other schools as well. Personally, I think that offering a provision of cricket in September could be the answer for the keen cricketers at my school, and is certainly something we are planning to offer from next autumn.  There are, however, clearly some elements we would need to address in order to ensure the provision were to be successful.

Like many similar schools, Rugby and Hockey are our main options in the Michaelmas term.  Therefore we plan to run the cricket programme only as a supplementary programme, training and playing outside of the times traditionally used by these core sports. This would eliminate the clashes which would be inevitable in a small independent school. There is an option to start the season with Junior and Senior Festivals in late August, before launching into September running both a Senior and a Junior XI.   We are aiming for weekly indoor training,  and to play some midweek T20s,  as well as Sunday fixtures at local club grounds against either clubs, or other local schools. Using local clubs as our venues to play fixtures would provide an inspiring atmosphere for matches, and also allow our grounds staff to carry on their preparing the pitches for the traditional winter sports.  It might also help the players link into the clubs.

By making these changes, we are hoping that pupils are able to play cricket in conjunction with their traditional winter sports at a time when they are under the smallest amount of academic pressure.  This might help remove the existing anxiety caused by the exams vs cricket clash. By offering September cricket in schools, we could not only engage more pupils in the school game, but we could potentially see an increase in pupils who also engage in club cricket throughout the summer holidays.

Having more students involved in school and club sport is only a good thing and something that this revised sporting model could fulfill; positive experiences that develop a lifelong love for sport – what sports department in the country doesn’t want to achieve that?!

Head of Hockey and Master in Charge of Cricket