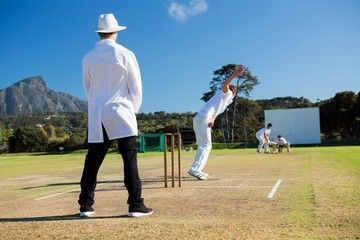 When organised games first came to prominence in independent schools in the 19th century, the first coaching workforce was male classroom teachers. Games enthusiasts who had played football and cricket at school and university and believed in the educational benefits that participation allegedly developed. Specialist teachers of PE were more than half a century away, and professional coaches even more distant. The teacher who contributed to games was a foundation of the modern school.

For many years, school sport has assumed that teachers would coach sport competently and enthusiastically in sufficient number to ensure that an extensive programme could operate. Historically, whole school games afternoons did not clash with any lessons, and could therefore be staffed by teachers freed from their academic duties, typically on three afternoons every week. Even when specialist PE teachers became the norm in the second half of the twentieth century, they often played only a small part in the games programme. The Master in Charge – especially of the boys’ flagship sports of Rugby and Cricket – often had higher status than the PE specialist. Most of today’s co-educational schools were boys’ schools who accepted girls, and unthinkingly copied and pasted the same system. Interestingly, girls’ schools, which had specialist PE teachers from their foundation, never developed the same dependency on classroom teachers to deliver a programme which was more varied from the outset.

This model is now under pressure from a variety of sources. Newly co-educational schools depended upon a critical mass of female teachers coaching games in order to operate a programme parallel to the boys. This was often unachievable. Additional academic pressures brought about by league tables raised, for the first time, the question of whether games coaching really was a good use of teacher time. The professionalisation of sport simultaneously raised parental expectations of coaching standards, and became less tolerant of idiosyncratic schoolmasters with their own approach devoid of technical content. Coach education had not been invented, and quality control was not a recognised function. Stable assumptions about the workforce of school sport were challenged for the first time.

As soon as the expectation that the great majority would contribute dissolved, perceived inequality was inevitable. When all staff coach games, everything is equal: when only a minority is involved, the contrast is stark. This is felt more keenly when the only teachers working on Saturdays are those accompanying sports teams. To address this, it was inevitable that schools would come to consider directly rewarding this with additional, direct payment. The theory of bridging the fairness gap with money is indisputable. It turns out, however, to be more complex than at first sight. The introduction of direct reward shifts the underlying premise from a social norm to an economic one. Inevitably, whatever the level of reward, it eventually comes to be calculated as an hourly rate. This creates another – irresolvable - layer of inconsistency and inequality. Can a sport that plays every Saturday be compared with one that doesn’t? Should the extra demand of Cricket, or the extra time commitment of distant away games, be rewarded differently? What if the match is cancelled or rained off? Does this affect payment rates?

The ideal is when teachers coach games because they want to: because they love their sport and value the contact with pupils in a less formal environment. The practicality is often far from this. Whether introducing payment is enough to change behaviour and attitudes is questionable. It is also a measure which cannot easily be reversed, and should not be adopted without careful audit of potential unintended consequences. Whilst recognition and appreciation are undoubtedly desirable, direct payment is a resort of last choice.

The future workforce of independent school sport is likely to be a mixed economy of staff with different skills and backgrounds. Before addressing the nature of this mix, schools must first robustly answer the question, “What is the place of classroom teachers coaching games?” All other decisions are based on an answer to this. Schools who continue to see advantages in this strategy must find ways of recruiting, retaining and motivating this workforce. Whether or not direct payment is part of this process is a crucial supplementary question. Without a clear answer to both of these questions, staffing school sport will continue to be the unstable, and often unsatisfactory, landscape that it has become.