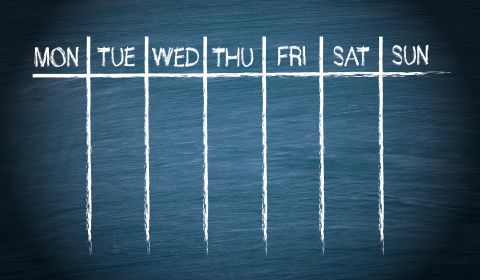 One of the biggest impacts of the pandemic on schools has been the almost total suspension of recognisable inter-school sport.  As a central, and longstanding, part of the identity of schools, it maybe took the removal of this feature of school life for its value to be fully realised.

Children of all ages, abilities and interests have been disadvantaged.  The most able, and aspirational, athletes have missed not just a key stage of development, but also the lifelong memories which school sport can bring.  Others, who may never play games again post-school have been deprived of their only experience of culturally significant games. For all, the social dimension of playing with mates is more important than ever in a world dominated by screen time.

However, school sport was already facing operational challenges before the pandemic.  The capacity to run multiple teams was being constrained by staff availability and parental commitment, especially at weekends.  After-school games in many outdoor sports are impossible between November and February.  The challenge is to raise capacity, to make the benefits of school sport available – in a suitable form – to a greater number of pupils. In lower age groups, this could be every child.  Schools running Saturday programmes through the pandemic-impacted autumn term of 2020 were pleasantly surprised to discover that participation levels were higher than ever. In the absence of the race to judgement in selecting school teams, more pupils wanted to take part than the conventional programme could accommodate.

The pre-Covid world was also finding it more difficult than ever to negotiate the release of pupils from timetable to participate in cup ties and tournaments that could fall on any day of the week.

For many schools, an answer to these issues may come in a timetable alignment.  There is no reason why this could not be achieved at a national level.  Most schools have a year group at a time having games lessons in the afternoons; those that don’t could mostly choose to do so if they wished.  Simply by aligning this concept with other schools allows two things: the first is to enable mass participation fixtures to happen on such games afternoons, potentially involving every pupil in both schools in an appropriate form of inter-school competition.  The second is to accommodate cup fixtures or tournaments, as all teams would be potentially available on the same day across the country.  This would reduce the need to miss lessons, or to have after-school matches with late finishes.

Some areas, of course, have local arrangements that already achieve this.  Other collections of schools, for example the Warwick Group, achieve it over a larger area.  Extending it nationally would not be difficult for like-minded schools.

This doesn’t mean that schools would use their games time for fixtures every week. Coaching time would be at least equally valuable, and the balance of each would be a fine judgement.  However, most pupils list school matches as the high point of their experience, and such an arrangement would allow the opportunity to be more widely extended.  It would be an extension to Saturday sport for many schools.  Only schools with no desire to extend the opportunity of participation in competition, nor any interest in entering cup competitions would not benefit at all.   The Warwick model would be a starting point, but could be slightly adjusted to better accommodate the traditional boarding school games afternoons.  No one model will suit all schools, and some may not be able or willing to make necessary adjustments.  However, here’s an opening suggestion: