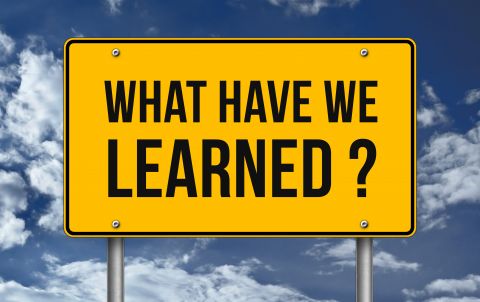 It wouldn’t be like this if it didn’t have to be.  Without the unwelcome intervention of a pandemic, autumn term sport in schools would be progressing in its usual form.  September Saturdays would have seen hosts of school teams, principally in Hockey, Lacrosse and both codes of Football driving between schools for endless matches at all ages and abilities.  Proud parents would have crowded the touchlines and the tea rooms, and social media would have been rammed with details of who had scored more goals.  Enormous significance would have been attached to this news.

This year it had to be different.  Welcome developments on the eve of the term have meant that many of the sports undertaken are little different from previous year.  The Hockey pitches are as busy as ever, Netball players may be a foot further apart (in theory) but there are still plenty of crowded courts.  Even Rugby practices look recognisable, with bouts of contact practice between touch games.  The enforced differences are in external fixture programmes.  This could only have happened in circumstances as unusual – and unimaginable - as those that currently prevail.  But have they all been bad?

Many schools are now discovering the possibilities which exist when the start of term isn’t a race to put hastily assembled, and often under-prepared teams on buses to school matches.  The absence of this pressure has opened the opportunity to do things differently, and some of those differences might be here to stay.

One is the opportunity to take advantage of seasonally sunny Septembers, with attendant hard, dry grounds to lengthen the season for summer sports.  Many schools who have embraced Athletics, Tennis and Cricket over recent weeks have been pleasantly surprised how successful these programmes have been.  They are no longer seen just as an emergency expedient, but as having a potentially legitimate role in the early autumn.  Other countries have two summer seasons either side of a long holiday, so a precedent already exists.

Alongside this is a more measured journey into winter sports.  A gradual and structured pre-competition programme has allowed time for development.  The removal of time pressure has meant that last year’s team is not simply re-assembled in the same positions, under a new title.  When competition arrives, there is a chance that the team will be there for the benefit of the pupils, and not vice versa.  It has also opened the door to much greater inclusivity.  With extra-curricular activities, especially those at the weekend, now available to all pupils, rather than confined to those whose names are on the team sheet, many schools are finding that numbers of participants have grown, and engagement has extended.  It turns out that not being selected for a team really does discourage retention in team sports.

School matches will return, as they are doing in areas of the world where the influence of the pandemic is fading.  When, and in what circumstances, remain unknown.  However, the legacy of the disruption may not be entirely negative.  Wider variety in the September programme, extended opportunity for summer sports and a gradual, more inclusive introduction of winter games could be an enduring benefit.  Postponing the race to judgement in team selection may delay rejection and improve fairness.  As the longest term, there is still plenty of time for a full competitive season starting, for example, in the third week in September.  Fuller preparation might result in better conditioning, fewer injuries and less concern over unsuitable pitches and time spent on hard courts.

Possibly in three years’ time there will incredulity that term used to start on Wednesday, and have a full fixture programme three days later.  Maybe the medium-term impact of the pandemic may not be entirely negative.