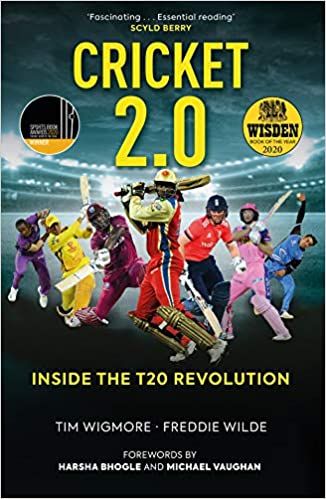 This book tells the story of how Cricket has been transformed by the twenty over match, and how this format has moved from being a suspiciously-regarded gimmick to being the face of the modern game.

It charts the changes that have elevated this version of the game to being a global phenomenon.  Initially played in the same way, and with similar tactics, to other limited over matches, T20 has developed an entirely new skill set, which has distinguished it as a game in its own right.  There are fascinating comparisons between the effectiveness of different approaches to batting and bowling that have developed.  Monetisation has increased the sophistication of preparation and the creativity of strategies, many of them denying the centuries-old conventional wisdom of the game.  The contest between bat and ball has changed fundamentally:  previous tactics have become redundant, and regular expectations spectacularly exceeded.  The book charts the impact of the players who changed the game, with new approaches, and of the globalisation which has shifted the economic axis of the sport.

The authors combine the development of the game with compelling human-interest stories.  These include more than 50 interviews with players and coaches, who offer an insider’s perception of the shifting priorities of Cricket. The book finishes with a chapter of 32 predictions for the future of this format of the game – all suggesting a widening rift from the conventional game types to establish a new identity.  Some are interesting, others surprising and plenty will offend the traditionalist.