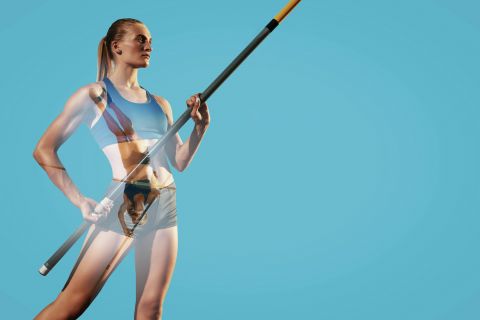 Twenty years ago it was all very different.  Schools had specialist, qualified, PE teachers, who were expected to operate all dimensions of the sports programme.  A major part of the role of such teachers was to prepare teams for inter-school sport.  In boys’ schools (many of which became co-educational about that time), there was often help from classroom teachers who contributed to games coaching, sometimes with great enthusiasm and considerable expertise.  In girls’ schools, the PE teachers were (and often still are) expected to operate the whole programme amongst themselves.

Sports coaching in schools was only a partly specialist role.  Most teachers were expected to coach teams in a range of sports, winter and summer. Inevitably, they had greater expertise in some than others.  For the great majority, the team coach provided the only input for the players.  What rudimentary conditioning and any analysis that took place was conducted by the same person, who might well also be filling the water bottles, administering first aid and driving the bus.

A small number of schools began to raise the stakes.  In the pursuit of competitive success, and accompanying market advantage, they heralded the Age of the Specialist.  The professionalisation of elite sport created a potential workforce of high-profile retired performers in industrial quantity: many schools began to establish new roles to accommodate them.  Some were more spurious than others.  These people brought with them both a knowledge of the rapidly-developing world of high performance, as well as the time and inclination to apply this to school sport – whether or not it was relevant.  Specialist coaching became an arms race between schools, with the route from top level sport into education a well-trodden path.  Schools still dependent upon their generalist PE force became the poor relations, open to allegations of not taking sport seriously.

Then came the Conditioning Revolution.  Student athletes were required to embrace training programmes that would have been the preserve of international performers only a generation previously.  The emergence of NGB performance pathways only accelerated this initiative. Some sports, notably Rowing and Rugby, encouraged pupils to become obsessive about conditioning.  Inevitably, a new workforce emerged to support this.  The generalist teacher again gave way to the Specialist, as schools accepted the need for Strength and Conditioning coaches.

Resourcing of school sport expanded exponentially.  Most schools have more than twice as many specialist sports staff – teachers and coaches – than they had twenty years ago, and facilities that rival universities.  Smaller schools, unable to match the march of enhancement, can get left behind.

Is it worth it?   Certainly, the opportunity for a small number of able and dedicated student athletes to maximise their sporting progress is greater than ever.  Individualised coaching, performance support, mentoring, medical attention, and year-round programmes have never been so extensive.  Performance programmes have intruded into the lives of these pupils to a greater degree than ever before, with pressure for early specialisation, and the unspoken assumption that the greatest success a school sports programme could enjoy would be to fuel the elite game.   A small minority of pupils benefits from these significant expenditures.

There is a darker side, that makes the investment questionable.  Many school athletes spend more time on the training field, and in the gym, than adult national league players in any sport.  As the demands increase exponentially, they are accompanied by raised levels of injury and burnout.  Often the demands of representative sport and the endless academy programmes mean inevitable clashes.  These are both with school sport and with academic priorities.   Performers are drawn away from playing with their school friends, when their presence is demanded further up the ability food chain.  The number of pupils still fully committed by their final year of school is often relatively small.  Return on investment is not always positive, though surprisingly rarely evaluated.

Ambition is an indisputably positive quality.  Schools should nurture it, alongside determination, commitment and persistence.  Sport is a vehicle by which schools can develop these valuable characteristics.  But it also has to be fun.  For the great majority of children, school sport is exactly that - the opportunity to play with friends in an environment where the experience is positive, and the memories are long lasting.  The experience is remembered long after the result is forgotten.  Triumphs and disasters are part of the landscape.  It would be a sad day indeed if the Stakhanovite pursuit of high performance eclipsed the enjoyment of playing with friends as the primary purpose of school sport.