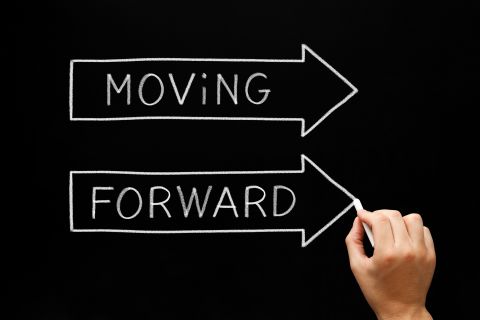 No one saw it coming.  There were few expectations that all pupils would return to school this term, let alone all together on 8 March.  Then, suddenly, the entire sector was thrust into making hasty preparations, whilst simultaneously setting themselves up as field hospitals for a mass testing programme.

At first sight, it looked like the DfE guidance was simpler this time.  Owing, in part, to the vigilance of ISC and heads’ associations – and learning from the experience of previous returns - the equivocal parts of the text had been resolved in advance.  Schools have considerable flexibility to provide the programmes they wish, within well-established risk management processes.   They can play “those sports whose national governing bodies have developed guidance under the principles of the government’s guidance on team sport and been approved by the government”.  It appeared straightforward.

Schools then began scrutinising NGB websites for guidance to support this impression, seeking confirmation of the conditions in which sports could be restored.  At the same time, those bodies were working with government to define the circumstances for the return to community sport, scheduled for 29 March.  The period 8-29 March appeared to have slipped through the cracks.  Only schools are allowed to provide sport during this time.

Having been conditioned to expect specific guidance for every activity, some schools became justifiably wary of what they might be able to offer.  NGB websites offered no new instructions, and there has been a general nervousness to proceed in its absence.

So, what is the situation?  The conditions which prevailed in each sport at the start of the lockdown are still current at the resumption of school sport.  There may, possibly, be adaptions published for the return of community sport on 29th March.  Any changes would then apply to both schools and clubs.  However, for the three remaining weeks of term, schools are able to proceed as they were when the unexpected lockdown in January was suddenly announced.  All NGBs are expecting to make announcements on what their sport will look like well in advance of the return date.  The only impediment to this progress is government approvals, which are currently being negotiated.

The only exception, currently, is in Rugby Union.  Having been returned to Stage A at the start of the lockdown, the uncertainty of what, if anything, may be possible, is due to be resolved by an announcement later today, Friday 5 March.  The RFU has moved at unprecedented speed to get new approvals through its labyrinthine processes.  There is every likelihood that a form of Rugby will be possible in schools next Monday.

What does this mean?  Most games played in schools are possible, some with modifications.  Association Football can be played outdoors, not indoors.  Netball can be played with the amended rules that have been in place since the autumn. Although outdoors is recommended, there is no regulation preventing schools using indoor courts.  Hockey is unaffected, and can take place indoors or out. Cricket is possible, including indoor nets, subject to the same protocols that applied previously.  Swimming pools can re-open for school use.

It is expected that gradual return to recognisable sport will begin on 29th March.  The target of 21 June for removal of all restrictions includes sports.  The hope that autumn term 2021 will see a return to “normal” school sport appears, at this stage, well-founded.  The rest of this term (8-29 March) appears as a brief return to previous conditions, before the prospect of a brighter future.  Let us hope so!