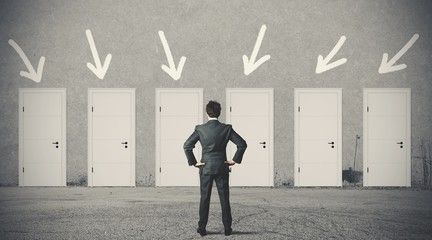 Rugby Football has had a long and prominent place in the history of UK schools.

Many boys fell in love with the game at an early age, played enthusiastically throughout their years in education and had a lifelong involvement in community clubs, often organisations founded for the old boys of their school.  The idea that there was ever a halcyon period of school Rugby when all loved the game is fanciful, however:  at least as many boys learned to hate the game through their experience of unsympathetic coaching on windswept fields.  Behind the iron curtain of compulsion, there was some pretty shabby and unimaginative provision, especially for the less able.

Much of this is now under threat.  There is greater awareness of the injury potential of the game.  The risk lobby came to prominence through the publication, in 2014, of Professor Alyson Pollock’s book, “Tackling Rugby”, which drew attention to the game’s dangers, and argued against compulsory contact.  Further publicity surrounding the frequency of head injuries has increased the nervousness of some parents.  With professional players often resembling the cast of Lord of the Rings, the shop window of the game does not help the school sector.  Anxious parents are not reassured by the frequent sight of enormous, hirsuite, tattooed players being applauded from the field as they are evacuated from the fray as casualties on motorised stretchers.

All of this has undermined the concept of compulsory Rugby.  Neither the RFU nor the law supports children being required to experience the contact game against their will.   Barristers Katie Fudakowski (Farrers) and Sophie Beesley (Old Square Chambers) offer a legal opinion, “It is unwise to compel children to play sports, particularly contact sports, where their parents have not consented for them to  play. The school parent contract… should allow for (consent for) contact sports to be withdrawn”

This causes an issue for schools whose games programmes historically assumed that all boys would play.  The head of one traditional boys’ school with a long history of achievement in the game commented, “I have a growing group of parents who are demanding alternative sports for their sons in years 7 and 8, and I can see no justification for denying them.  Many boys still love the game, but the days when everyone plays are now over”.

In practice, most schools have acknowledged a constituency who have been regarded as unsuitable, or unwilling, to play the contact game for some years now.  They have usually played a touch, or tag, version, often on the further reaches of the playing fields.  When, where and by whom this decision is made is in the process of shifting.

So, who chooses whether or not a pupil should play the contact game?  The legal issue surrounds the concept of “Gillick” competence.  Until the age at which children can be expected to make their own assessments, responsible adults must do so on their behalf.

The pressure, therefore, is for schools to offer parents a choice as to whether or not they consent to their children playing contact Rugby before the season begins.  For schools who play in the autumn term, this would be in the summer holiday.  Many schools are now sending Google forms, or similar, to parents requiring explicit, advance permission to play the traditional game. Removing the judgement from the school, and handing it to all parents, however, is a significant change.

How can schools respond to this?  Is it possible to retain the primacy of Rugby Football in this climate of open choice and risk aversion?  Offering a wider range of games choices is beset by logistical challenges and capacity constraints, therefore retaining a critical mass of willing, enthusiastic players is important on  number of levels.   For schools committed to Rugby Football by history or conviction, additional strategies to win parental support are increasingly necessary.

Firstly, a school need not offer alternative activities to Rugby.  The choice offered can be between different formats of the game, with levels of contact varying from none (touch or tag) to the full version.  This is an approach favoured by the RFU, who are introducing additional game types with varying levels of contact, to cater for differing appetites for contact.  This includes the new ‘X Rugby’ game, which aims to bridge the gap between touch and full contact  The conventional approach to school matches will also need to continue to shift.  A more creative attitude to competition will allow pupils to experience the excitement of competition, and the social benefits of inter-school sport, in the full range of game types.

Second is the quality of coaching and refereeing.  Research shows that these factors significantly reduce injury risk, and also influence levels of player enthusiasm for the game.  Historically unimaginative sessions, beginning with running round the field, progressing through mundane skills and drills to the full contact game, have not presented the game at its most attractive.  New approaches to coach education have evolved an athlete-centred experience which improves progress and also player engagement.  Schools who have modernised their programme delivery, and raised standards of match officiating, have seen correspondingly higher levels of pupil enthusiasm for the game.

Next is the choice architecture surrounding the parental decision.   If this is simply presented as a ballot paper, with several boxes and a choice, many parents may err on the side of caution, or make uninformed choices.   The decision needs to be educated: schools need to provide detail of their programmes, and may wish to include behavioural nudges to encourage participation.  For example, suggesting that 75% of pupils choose to play the contact game gives an indication of what ‘normal’ parental behaviour might be.  Fudakowski and Beesley add, “Any consent must be properly informed.  Schools need to provide enough information about the relevant issues and the risks involved in the sport, to allow informed decisions to be made”.  Schools must present information  about their Rugby programmes at the point of decision: this should include the content, choices, benefits, risks and mitigations.

Most significantly, however, schools need to articulate, and promote, the benefits of the game.  This is something that Rugby has long been poor at doing.  The risk lobby has mobilised itself effectively, and supported its position with science: benefit promotion has been assumed, and left behind.

The challenge for schools in the future will be to assess, articulate and deliver a range of experiences through Rugby, which parents will value.  The pandemic has shown how important belonging, togetherness and teamship are to humans:  loneliness and isolation are the opposite of team games.  Parents must be educated on the benefits of participation in Rugby alongside the risks, if they are to make an informed choice.  An experienced Director of Sport concludes, “where we might have had many more parents who’d played the game and been positively affected by it, we are now seeing a generation that didn’t and are not enthusing their children about it either”

Rugby is under unprecedented pressure in schools.  The greatest challenge is not to score more points than the opposition, but to retain players and inspire parental confidence.  Schools who believe in the unique benefits of the game will have to evolve new and creative programmes to deliver these.

This blog is based on an article entitled ‘Permission to Play Rugby, Sir?’ published in the current edition of ‘Prep School’ magazine